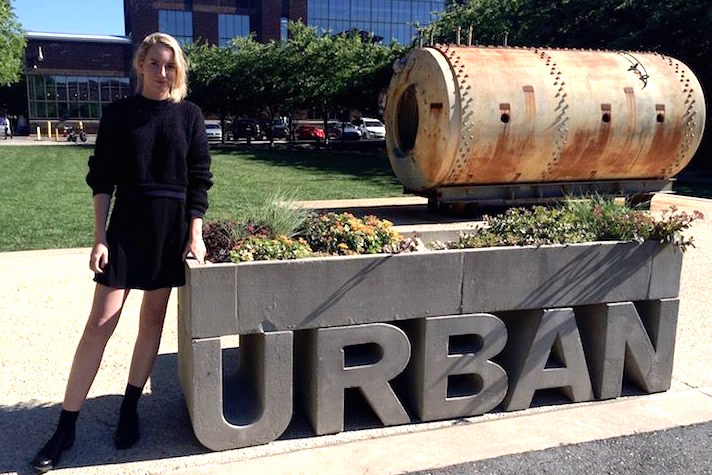 If Steve Jobs were a student at Woodlawn today, he and Maisie Wills ’14 would have one major thing in common: their love for typography. Like Jobs, they both studied and fell in love with the style and appearance of printed matter.

Maisie, who’s entering her third year at Rhode Island School of Design (RISD), says of all her classes Typography is her favorite. “I’m fascinated with the art of typography," she says. “We studied a handful of famous typographers and were asked to create a book for print as a final project. I had a lot of fun doing that. It really affirmed my hope to do something art-related in print.”

Maisie, whose mural adorns the top of the lockers in Woods Hall, is no stranger to art. She was design editor of The Mighty Oak for two years and, as she says, “took every possible art elective that was offered at Woodlawn.”

“I’ve always been interested in art,” she says. “The nice thing about Woodlawn is that I was allowed to explore a lot of different areas, not just fashion which is what I thought I wanted to do. That has helped me widen my interests in college to beyond fashion and even beyond print. I'm also very interested in digital art.”

This past summer Maisie secured an internship at Urban Outfitters in Philadelphia. She and her eight-person team designed emails and pages for the website. “It was a lot of responsibility,” she says. “After the first day they just started sending work our way — it was just expected that you knew how to use the graphic design software packages.”

Maisie’s not one to self-promote and so we had to drag it out of her by asking about the best-selling gift card she designed for Urban Outfitters. She smiles and says, “Well, actually it was the second-best selling gift card!” If you’re in the store, pick one up. It’s the Back-to-School card with varsity lettering.

Future plans? She says she’s hoping to travel abroad her spring semester to Rome and then start looking at grad school to further her education in Graphic Design. "I might like to take a gap year after I graduate from RISD and work in the field. But I hope to go to grad school —possibly Yale or Cranbrook. They both have graduate degree programs I'm very interested in."

Favorite Woodlawn Memory: Definitely the Senior Roast. I will never forget that!

Favorite Book: The Lowland. Mrs. Tilley got me hooked on Jhumpa Lahiri when we read The Namesake in English class.

Advice to our new college freshmen: Don’t be afraid to try new things. Take classes you thought you’d never take. I took a philosophy class at Brown and loved it.

Advice to Woodlawn students: Woodlawn’s accommodating. Take advantage of that — talk to your teachers. If you’re interested in something, let them know and they’ll help you foster that passion. 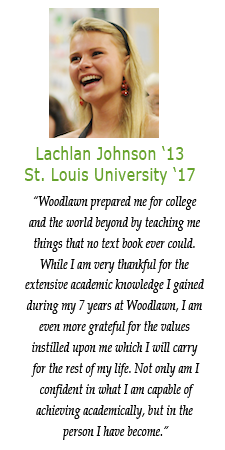