A common thread that unites our Woodlawn Family is an everlasting bond of connection. From student to alumni, there is always a feeling of “home” when you think of Woodlawn.

Bowman '11 Gets Published, Prepares for Life After College 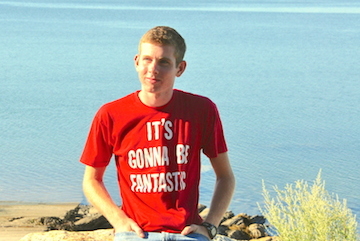 Back in the day it wasn’t unusual to see this alum skipping through Woods Hall humming some made-up tune about Sissy Jupe in Dickens’ Hard Times while wearing a bright red t-shirt with the phrase, “It’s Gonna Be Fantastic!” written across the chest. Four years later Sawyer Bowman ’11 still has plenty to skip and hum about. With graduation from Bowdoin College just a semester off, he recently received word that a research paper he co-authored with a Bowdoin professor has been published in the technical journal Big Data and Society. “It’s not something people typically associate with a small liberal arts school like Bowdoin,” Sawyer admits. “We’re not a research school, and we’re not even really known for Computer Science (his declared major).” But in the spring of his sophomore year, a sociology professor approached him and asked if he’d be interested in a research fellowship in the “Social Innovation” lab. His job would be to bring big data-ready technology to fields that normally don’t use technology. “The professor leading the research was interested in behaviors of people online (such as users of Facebook and Twitter),” explains Sawyer. “There’s so much data out there, and it can be very difficult for people (like sociologists) to manage it and draw conclusions from it.” Sawyer, along with two other research fellows, built a system to capture five million tweets a day, equivalent to one percent of the complete Twitter feed. “The part of the paper/research that is revolutionary is that we demonstrated to non-tech fields that "big data" is feasible for their research purposes and can be used to gain meaningful insights,” explains Bowman. “This is the future!” Bowman has another paper pending publication as well. “The paper in review is more of an empirical study whereas the one already published is a methods paper.”

So what’s life like for a college senior with just a semester left? Any room for a senior slide? “I’m actually finishing stronger than I started,” says Bowman. “I’m ready to go do something different, but at the same time, I’m still very excited about what I’m learning.” Sawyer also spends his time at Bowdoin giving admission tours and working as a TA in the computer science department. “On top of that, I had this crazy idea with my roommate to bypass cross country season this fall and train for a marathon. I needed a switch-up and thought ‘Why not race 26.2 miles?’”, says Bowman. Little did he take into account that he’d be training the long miles through the winter… in Maine… where it gets dark at four in the afternoon…and it’s freezing cold. “I didn’t plan that one out too well,” Bowman laughs. “Terrible idea! We ran the LL Bean Challenge for an 18-miler one day in late November,” he says with a hint on anguish on his face. “It was great coming into the town of Freeport on foot vs. a car but then Henry (his roommate) and I looked at each other and said, 'We have to go all the way back!' Around mile 15 we fell apart."

Future plans? Sawyer recently accepted a position with Epic Systems in Madison, Wisconsin where he will be a software engineer. “I started my job hunt early and just went a little bit crazy,” admits Sawyer. “I did not want to be that guy in the career video who said ‘he was still looking.’” After a few intense months of interviews and ‘coding challenges’, he decided to sign on with Epic. “I wasn’t exactly looking to move to Wisconsin — I mean, is anyone?” laughs Bowman. “But Epic is a pretty cool place, and I was put on the mobile team which means I will be developing software for the devices people carry around everyday. I really like that.” Bowman also credits Epic’s wide reach as a major factor in his decision to accept this job offer. “They reach about 50% of the population with their healthcare software,” says Bowman.

But before joining the workforce: Graduation! Sawyer will leave Bowdoin with a double major in Computer Science and Spanish along with a minor in Chemistry this May. He smiles and says, “Yeah, I get that look (raised eyebrows) all the time. That’s the benefit of liberal arts—you get to be creative in a very technical field. I would not have been able to do this at a technical school. It's made me much more well-rounded.”

When asked if it’s time to replace his “It’s Gonna be Fantastic!” t-shirt with “It’s Gonna be Epic!” he nods with a grin and says, “Yeah, that might be fitting.”

Most Important Thing Woodlawn Taught You: To learn independently. I’ve done a lot of learning in and out of my field on my own. Woodlawn taught me that very early. 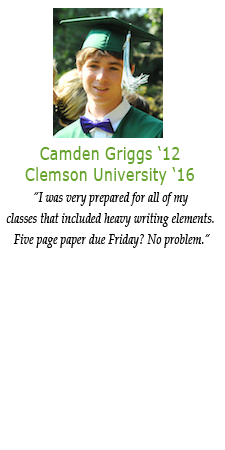