Where in the World is TPW? 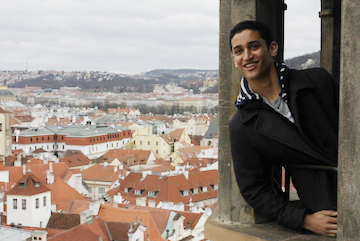 Tucked away in Central Europe, eating a spicy beef stew you’ll find Woodlawn’s own Terin Patel-Wilson ’11, now a junior at Yale University, doing a study abroad program in Budapest, Hungary. “We eat a lot of meat and potatoes,” laughs Terin. “I like meat, so it sort of works out for me!”

It’s a seemingly obscure place to land for study abroad but as Terin explains, “Budapest is sort of the hub for science and math. They have this theory that if you can do well in math and science, you will do well in life. And so they’ve put a major focus on that in Eastern Europe.”

A computer science major at Yale, Terin says he first developed his love of math/science at Woodlawn. “A lot of kids hate math in high school,” says Terin. “But some of my fondest memories involve the crazy projects we did in math.” Like the MacGyver movie, no doubt, which still makes a regular showing in Dr. Stutzman’s classes today. “Yeah, that isn’t going to be shown here is it?” laughs Terin. “I don't want people basing their entire opinion of me on that one movie.”

Terin made the transition from math to computer science early while at Yale - his first comp sci course sealed the deal. “I was always interested in computers,” says Terin. “It’s funny because while we didn’t actually have a formal computer science class at Woodlawn, nearly everything we did had some technology piece tied to it. We became very tech savvy at a very early age and it has always piqued my interest. I mean, if you look at just my graduating class, there are three of us (out of 13) majoring in computer science: Darius, Sawyer, and myself. That’s pretty impressive.” 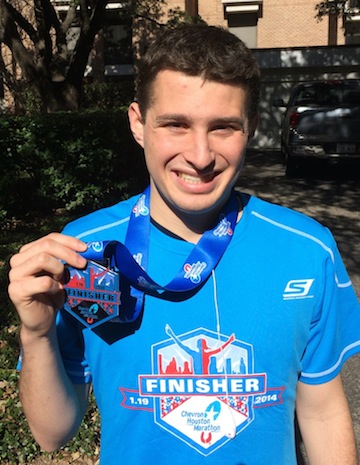 Anyone who's spent time on Woodlawn's campus in the past couple years probably remembers Zack Scott '13, running (and sometimes hobbling) around our trail system. A member of our own cross country team since his 5th grade year, he even has a trail named in his honor. He's run everything from the quarter mile to the 2 mile in track (and often times he doubled or tripled in those events) and of course he's run plenty of 5k's (3.1 miles) in his cross country high school career. And so it might not surprise you to learn that Zack recently completed his first marathon, The Chevron Houston Marathon. "It was the spur of the moment decision, really," admits Zack. "I decided to register for the race in the summer and I sort of just got committed to it." But 26 miles is a lot farther than three! "Yeah, about that," he laughs, "the furthest I've run is a 10k (6.2 miles). I did not fully comprehend quite how long it'd be."

Still, Zack stuck to his training program reaching his max long run of 20 miles. "It was a new level of sore I experienced," he remembers. Following a program he found on the internet, he started training in mid-July. "I liked this program," he says. "It justified the run lengths and talked a lot about the effects of marathon training like cell death, and how the immune system becomes compromised." Despite intense summer and fall heat (he trained in Houston), he says it was relatively easy to stay on track. "I had a lot of support from my friends at Rice. Once you tell people you are doing it, you can't easily back out of it," he laughs. 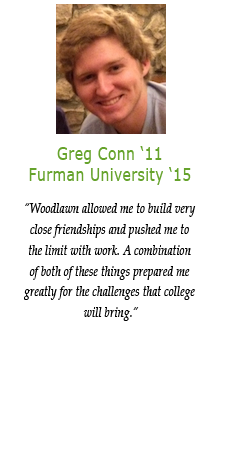