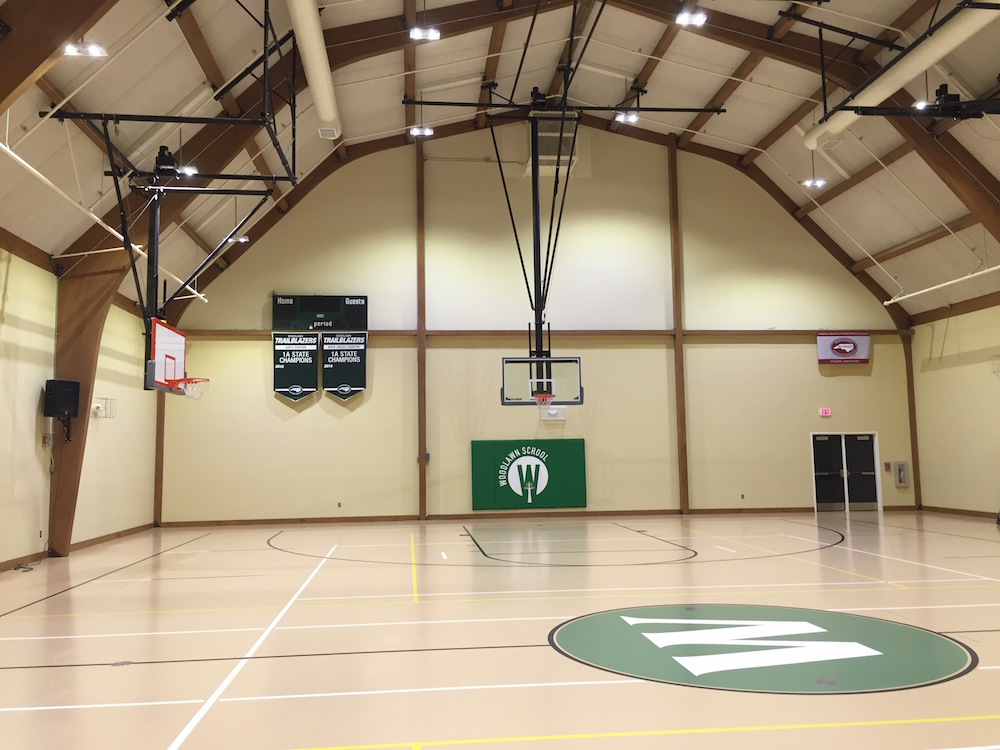 DAVIDSON, N.C. – Let there be (new) lights! As students have entered the Barn for the first time after Winter Break, they've noticed a bright new -- and energy-saving -- difference, thanks to students in last year's Environmental Studies class. As part of their classroom project work, the ES students evaluated Woodlawn School's energy usage. They assessed the school's light fixtures, appliances, and heating/cooling, in order to find ways to save money and reduce energy consumption. They discovered that the overhead compact fluorescent (CFL) lights in the Barn, due for replacement, could be replaced with light-emitting diode (LED) lights; in fact, the students' energy audit revealed that Woodlawn could save an estimated $150,000 in operating costs over the 30-year lifespan of the LED bulbs. Further, the fully-recyclable LED bulbs would pay for themselves in only 30 months -- and not only reduce Woodlawn's energy usage by 6,000 Watts, but also reduce the school's carbon footprint by 1.38 million pounds of C02 (the equivalent of removing 138 cars from the road).

"After calculating the return on investment, and learning about their reduced impact on the environment, the LED lights were the clear choice going forward," says Environmental Studies teacher Chris Van Amburgh.

Thanks to funds already contributed by generous donors to this year's #diginbranchout Annual Fund campaign, Woodlawn was able to purchase the new LED lights and install them over Winter Break. As an added bonus, the lights need no "warm-up" time; they're bright from the moment they're turned on.

The next energy-saving investment, muses Mr. Van Amburgh, could be solar panels on the Barn roof!