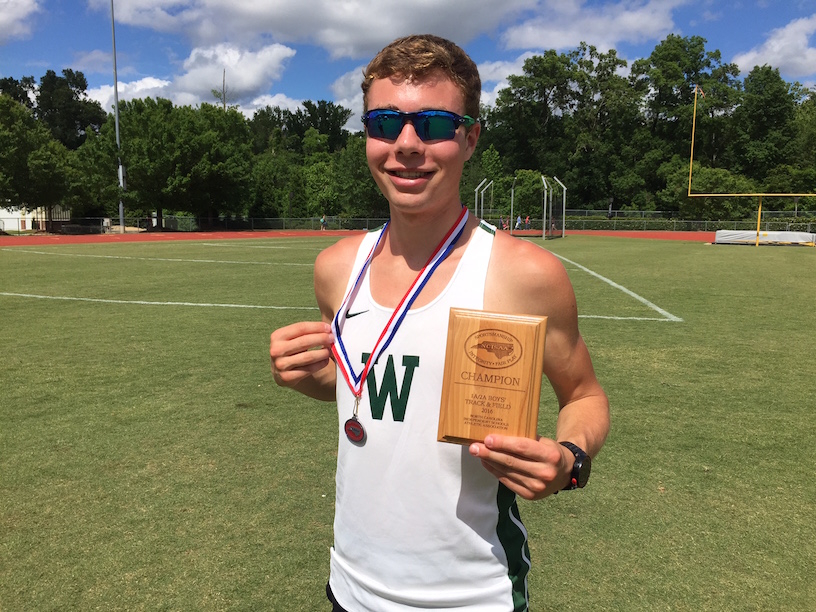 DAVIDSON, N.C. – During the NCISAA 1A/2A Championship Meet held in Raleigh on May 20-21, 2016, the Woodlawn girls and boys track and field teams gave strong performances, both scoring second among all 1A teams – behind only powerhouse Victory Christian Center School. (full results here)

Leading the scoring for Woodlawn was junior Quinn Schneider – Woodlawn’s first 1A/2A All-State track athlete – who scored in three events, taking first place in the 3200m, second in the 1600m, and eighth in the 800m race.

“I’m very pleased with the results from both of our boys and our girls,” said Woodlawn Track and Field Coach Dwayne Bowman. “It’s very tough for a school our size to compete against 2A schools. This was the most successful State track meet in Woodlawn history, and our teams made us proud.”