Woodlawn graduates 10 seniors in the Class of 2016

DAVIDSON, N.C. – In front of hundreds of fellow students, friends and family members, Woodlawn School today awarded diplomas to the ten remarkable members of the Class of 2016. Together, these students received 44 acceptances to 36 different colleges and universities and were offered nearly $1.32 million in merit-based scholarships. 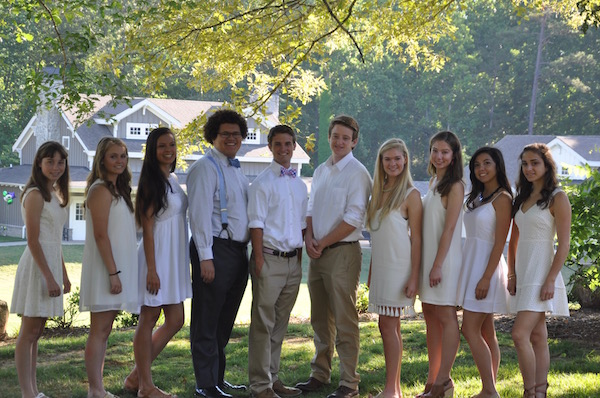 Per tradition, the Class of 2016 selected the graduation speaker from among their own class: Ariana Hoshino, of Cornelius. Ariana is a talented artist, athlete and student leader, and the 2015-2016 recipient of the school’s Lifelong Learning Award.

“The Woodlawn School students, teachers, administration, and parents are some of the most amazing people I’ve ever met,” Ariana said in her commencement speech. “To understand this, all you have to do is take a look at our senior class. We are confident and accomplished. We care about each other and this school, and I think I speak for all of us when I say even though we’re excited for college, Woodlawn will always have a special place in our hearts.”

“I join our faculty and families in congratulating our class of 2016,” added Rachel McCall, Head of Upper School at Woodlawn School. “Our graduates embody the qualities we hold dear at Woodlawn: they are engaged citizens, creative and critical problem-solvers, and skilled communicators and collaborators, and they’re going to do great things in the world.”

This year’s graduates, their hometowns and the colleges to which they’re matriculating:

Also during the ceremony, the following students received awards: