View article in the Charlotte Observer 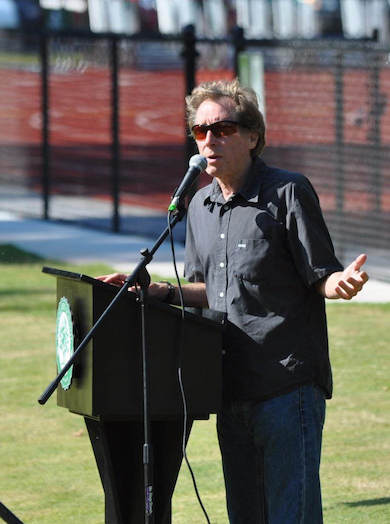 The Richard Burrage Company of Concord acted as the general contractor for the project, and performed all of the dirt-moving, grading, and drainage work. The Terra Green Company of Concord installed the irrigation and sod that makes up the soccer field and the exterior of the track, as well as the stone seating. Medallion Athletic Products of Mooresville laid the actual track surface and certified that it is exactly 400m in length.

Both Sayre and Sophia were a part of the initial girls varsity soccer team at Woodlawn, a team which eventually won the NCISAA 1A state championship in 2015.